Sunday the 4th October saw our second succesful Sands golf day at the Galloway golf club. There were 18 teams competing for the coveted first prize, with prizes for the longest drive and nearest the pin. Three teams tied for first place with tremendous scores of 19 under par. The winning team determined by the best inward half were from Lockerbie consisting of S.Thomson, S.Guthrie, I.Guthrie, and D.Robson. Second place team were Douglas Alison,David Bell,Alan Miller and Ian Beattie, and third place were Alistair Dunlop, Norman Montgomery,Richy Collins and Phil Short. The longest drive was won by Gavin Maxwell from Thornhill and nearest the pin was won by Roger Doherty from Seaviews Finest. 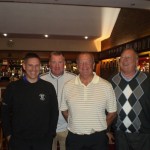 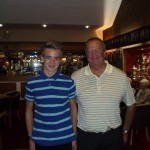 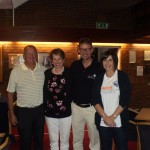 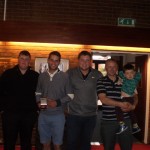 We had a raffle and a guess how many golf balls in the bucket competition. Our grand total raised on the day was £1 500, and will be used locally in D&G to support bereaved families following the death of their baby. We would like to thank the Galloway golf club for allowing us to use their course for the day, Graham Anderson of Anderson’s Engineering for sponsoring the event and providing the winners trophies and medals, and for all the teams who took part.